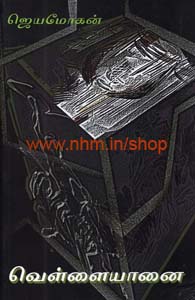 Posted by Amaruvi's Aphorisms on May 26, 2016 in சிங்கப்பூர், book review, Writers

I was getting ready to sleep on the iron chairs arranged in the form of a cot in the reception area of Madras Medical Mission Hospital as my mom was in the ICU for an ailment. The lights were being dimmed and then I heard a quaint voice in Tamil Neenga night list receipt vaangitteengalaa? Have you got the receipt for staying for the night?

More than the question, his Tamil interested me. I could see he was from the north east. The writer in me woke-up and began a conversation with him.

He was Sanjay Roy from Assam who was fluent in Bengali, Assamaese, Hindi, English and now, Tamil. Having been a security guard in Chennai for the last four years, his natural affinity for languages made him learn Tamil. And here he was, talking to me in a slow yet steady Tamil. He spoke better than many of the TV announcers.

What I learnt from him that night :

My final question to him: How did you learn Tamil so fast?

He said,’Indian language thaane sir, rumba easy. Interest venum, avlodhan’ It is another Indian language and hence it is very easy to learn. You should have an interest to learn the language.

Posted by Amaruvi's Aphorisms on May 4, 2016 in Writers