Skip to content
Our family was going through a particularly difficult phase in 1997. My father was about to retire in 1999. We would have wanted all the help in the world at that time. That was when Atalji extended the retirement age of govt employees to 60. That not only saved the family, but also helped tide over some crises.
My brother’s civil engineering degree saw its full use when he got extensive experience in road works, thermal station expansion works, atomic power plant works, bridges and metro rail works. All due to Atalji’s un-dilutedly patriotic national development works. Golden Quadrilateral is one such. 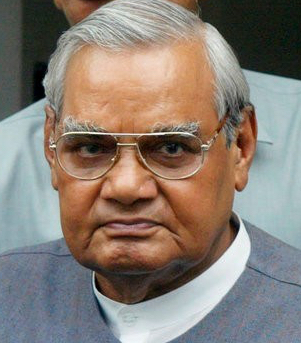 The world gave up on India when Atalji, ably aided by Kalam and George Fernandes, conducted the Pokhran-II nuclear explosion. All the opposition parties ganged up and attacked the government. Developed countries wrote India’s obituary as the US, Japan, Australia, France and Britain imposed economic sanctions. Atalji pooh-poohed the nay-sayers and made Bill Clinton relax the sanctions.
Atalji gave Pakistan the bus to Lahore, while the latter responded with Kargil. Atalji gave Jayalalithaa a ray of decorum after her humiliating defeat in the 1995 elections. She retaliated with the no-confidence vote. Later he came back to power with a decent majority.
Atal Behari Vajpayee showed the world that India had spine. His follower Narendra Modi takes India further by showing the world that India will use its spine to stand up and be counted.
Atalji – You will be long remembered as one of modern India’s greatest statesmen who had a long and admirable career starting with questioning Pandit Jawaharlal Nehru in Parliament to ensuring India’s rightful place in the international comity of nations.
India has lost a statesman and a parliamentarian par excellence. I have lost a family member, a patriarch. I hope many would feel so too.