‘The Indian Ideology’, a book by Perry Anderson, is an extremely virulent anti-India book that finds fault with anything remotely Indian. And that includes Gandhiji, Nehru, Indira Gandhi and even Ramchandra Guha – the quintessentially leftist writer.

The book spews venom on the concept of India, questions its ethos and continuity as a civilized society, makes fun of its religious diversity, and generally paints India as a collection of peoples who were fortunate enough to have been united by the British into one land mass and, in the process, has acquired some semblance of civil rights and democracy.

The book questions Gandhiji’s celibacy, paints him as a rather confused and often unpredictably eccentric person who didn’t have a stand on any issue, character assassinates Indira Gandhi as having had conjugal relations with Mathai, her father’s secretary, denigrates Nehru as he had apparently taken Mountbatten’s wife to bed, criticizes RSS and almost everything that is even remotely Indian.

The book paints a picture as though all the philosophical and civilizational standing that the nation has had for the several thousand years is a farce and that, in reality, India is a loose collection of different groups that are in a state of constant violence and cauldron.

And for all these, predictably, Arundati Roy has lavished praise.

This is a book that you can best avoid. To quote Gandhiji’s words, the author, Perry Anderson is a ‘gutter inspector’. Amen. #bookreview #nehru #gandhiji
http://buff.ly/2ezvWrw 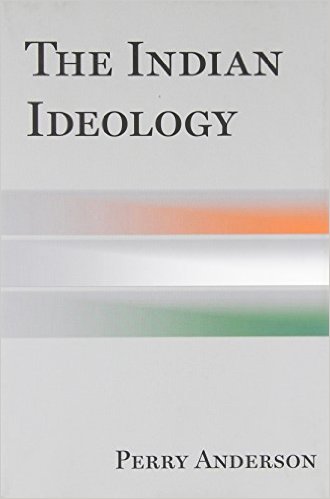